The hosts have 1 win in 12 games while Lviv has won twice in as many Ukraine Premier League games. With both teams struggling, having scored 10 and 9 goals respectively in 12 matches so far, backing a straight winner is quite tricky unless you look at the stats. The following are our best free predictions for Inhulets vs Lviv Ukraine Premier League match:

Another result to bet on in this Inhulets vs Lviv Ukraine  Premier League match is goals on one end. Apart from failing to score goals often, these teams have also failed the test of consistency, especially when it comes to scoring goals. The visitors are especially weak offensively after scoring in only two of their last five league games. Inhulets on the other hand couldn't score in one of their last five games.

There are many reasons why a home win is another likely outcome to expect in this game. The host have been consistent in scoring, having failed to hit the back of the net only once in the last five while the visitors failed on three occasions in as many games. Moreover, 4 goals for the hosts in the last five and only two for the visitors during the same period is why we expect a 1-0 home win on match day.

See the current stats of these teams such as H2H, team form and the best betting odds for the Ukraine Premier League fixture in the table below. 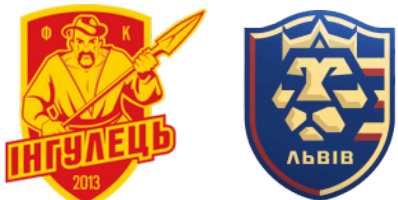 The teams have had three encounters previously.

A total of 3 goals were scored in the last Inhulets and Lviv meeting.

The game will not be televised in the UK