The start of the New Year sees the Indian Super League kick off with its leaders, Mumbai City as they travel to 7th place Odisha. Mumbai currently  hold a one point lead at the top of the table and have a golden chance to extend their lead. Odisha will want to start making moves up the table and they know a win here could see them move up level in points with teams who currently occupy the playoff places.

Mumbai have only picked up one point from their last two league games but before this slight hiccup were on a great run of four successive victories. They will want to rediscover their form and will see this as an ideal opportunity to do so. Odisha come into this match having won only one of their last five matches, a run that includes three defeats and one draw. Confidence for the home side might be low following a 6-1 dismantling at the hands of Hyderabad in the last match they played.

There isn’t much value to be had in backing Mumbai to win outright but backing them in the handicap at -1 certainly does present a good betting angle. Mumbai have won three of their last four by a margin of two goals which would turn this bet type into a winner if it were to happen again.

Perhaps unsurprisingly with both of these teams struggling to keep clean sheets, both sides have been involved in a lot of recent matches where both teams have scored, in fact it has happened in three of the last five matches that both of these teams have played respectively. Both teams have found the net against each other in three of the last five against one another and we will take a chance on the feat happening again here.

The Best Match Odds for Odisha vs Mumbai City 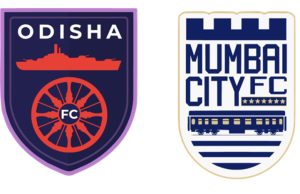 Javi Hernandez is a Spanish midfielder who plys his trade for Odisha and has managed to find the back of the net four times and provide two assists in the 7 league games contested so far.

What is the kick-off time for Odisha vs Mumbai?