Kristiansund are on a winless run in the league and has another difficult task for the next game as they meet Bodo/Glimt on Sunday, 23 October. The Yellow Horde have made successive victories in the league ahead of this game.

Bodo/Glimt couldn’t retain their winning momentum in the recent Europa League outings but they have won the last three league outings in a row. However, Kristiansund are struggling in Eliteserien as they are winless in the previous four league duels and lost two of them. The Yellow Horde have also outclassed the Owls in the H2Hs by winning all of the last eight meetings consecutively. So a victory for Bodo/Glimt will be the first pick for this game.

The Yellow Horde have added a total of eight goals in the last five home league outings and scored at least twice in three of them. However, the Owls don’t seem in a position to help a high-scoring total in this game. Kristiansund has hit the target only four times in the previous five away outings while scoring only three goals in the last five H2Hs. Two of the last three H2Hs ended with low-scoring totals and we expect the same for this duel.

Kristiansund has been goalless in the last two games and they were also unable to score in the previous three H2H meetings against Bodo/Glimt. The Yellow Horde also claimed a clean sheet in the last game after a long wait. On the scoring spectrum, Bodo/Glimt didn’t miss the target in any of the recent league outings and H2Hs against the Owls. Hence, we believe to see only Lightning on the score sheet with an expected result of 2-0.

The Yellow Horde thrashed Valerenga at their home with a 0-6 victory, scoring three goals in each half. Bodo/Glimt have made 15 wins and secured the second position on the table after playing 26 rounds with 51 points. All of the players will be ready to make an appearance in this game.

The Owl ended their home unbeaten sequence in the previous attempt with a narrow defeat of  0-1 against Haugesund. Kristiansund has earned the least number of victories this season so far and stands in the fifteenth position with only 18 points. The manager Christian Michelsen will have an injury-free squad for the selection of this game.

Top Betting Odds and Stats for Bodo/Glimt vs Kristiansund

FAQs regarding Bodo/Glimt vs Kristiansund Coverage and Accessibility 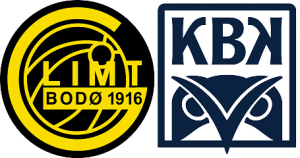 Where is the game being televised? Discovery+ (Den), Discovery+ (Fin).
Who is the bookmakers' favourite to win? Bodo/Glimt.
Who won the last Head to Head fixture? Bodo/Glimt won with a 0-2 scoreline.