For years, Cezero Osaka had established itself as one of the leading teams in Japan but this season, the team has already lost all hopes for success even with 7 rounds remaining. Their opponents, Oita Trinita, however, are in desperate need of points unless they want to get relegated to the J2 League.

The matches between the two teams are eloquent – few goals and dominance for the visiting team. Given the condition of the hosts, we are unlikely to see anything different on Sunday.

Oita Trinita has had a good run at home in recent games, losing only to the leading teams. At the same time, Cezero Osaka has had a good recent run away from home, and overall, the team has always played well against the Oita. We expect that Cezero Osaka will not lose the match although there is no guarantee that they will win. We do not expect many goals, thus, a draw is a completely possible outcome. If this is the case, our bet will be void and our money returned.

As we explained already, the head-to-head games between Oita and Cezero have not given us too many thrills in recent years. Since Oita returned to the J1 League, there has been a single ‘over 2.5' in the games between them and Cezero – the first one in 2019. Since then, the results have been almost identical – 0:0, 0:2, 1:0, 0:1, and 1:0. In all cases but the draw, Cezero grabbed the three points. We expect something similar to happen on Sunday – no more than two goals total.

We have two teams that take plenty of corners almost every match. Especially when it comes to Cezero, we can expect more than 5 easily. Here are some simple statistics: 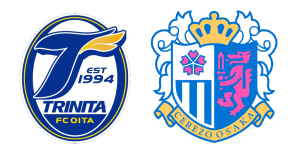 • Where was Oita Trinita in the final standings last season?

Last season, Oita finished near the middle of the table at 11th place. While this season has been a struggle, the team had almost twice the points last year.

• Where was Cezero Osaka in the final standings last season?

Over the last few years, Cezero had established itself as one of the better teams in the league. The lowest final place since 2015 has been 7th and last year, the team ended as 4th in the league, which sent it to the qualifications for the AFC Champions League.

• How many goals have Oita Trinita scored at home this season?

Being 19th out of 20 teams means that the team has not been effective on the offense. In 15 matches at home, Oita has scored only 12 goals.

• How many goals have Cezero Osaka scored away from home this season?

While this season has been a disappointment for Sunday's visiting team, their performance has obviously been much better than that of their opponents. In 15 away games, the team has scored 19 goals.