The Veikkausliiga’s bottom two face off on Monday when Oulu and KTP meet at the Raatin stadion. Read our predictions and find the latest odds for the game below in our detailed match preview.

Oulu and KTP were promoted together last season, though both of the division’s new boys are struggling to adapt to the step-up in class. Here are our top three predictions for Monday’s tussle between Oulu and KTP.

Oulu have endured a wretched start to the 2021 Veikkausliiga campaign and their run of eight defeats in their first nine fixtures includes a streak of five straight losses at home. KTP have only fared slightly better than their fellow strugglers, though their draw with Ilves last week would have given them a much-needed confidence boost and they have already managed to avoid defeat in two of their five away assignments since their promotion.

Unsurprisingly, both Oulu and KTP rank among the lowest-scoring teams in the Finnish top flight, averaging just 0.66 and 0.88 goals per 90 minutes respectively this term. Incredibly, Oulu have managed to score just one goal in five fixtures at home this season and with a dearth of quality in both forward lines, we predict another low-scoring encounter when KTP visit the Raatin stadion this week.

Oulu’s dreadful output in the final third at home this season makes KTP an excellent pick in the +1 match handicap market at very favourable odds this week. Oulu have notched just once in 450 minutes of Veikkausliiga action on their own patch since the campaign kicked off and KTP look a comfortable bet at +1 as a result.

Oulu were tipped as prime relegation candidates before the 2021 season commenced in Finland and Jyrki Ahola’s side have done little to reverse those opinions about them following some dreadful early performances. Their record of eight defeats in nine matches already marks them out as one of the division’s makeweights and Oulu look set of a long season of struggle.

Like Oulu, KTP have found the jump from the second tier uncomfortably wide so far, though the useful point they picked up at home to Ilves last week should do wonders for their self-belief. Argo Arbeiter’s side were full of goals during their promotion push last season, though the loss of key striker Mika and Georgian schemer Zakaria Beglarishvili in the off-season has severely blunted their edge in the final third.

Top Betting Odds and Stats for Oulu vs KTP

FAQs regarding Oulu vs KTP Coverage 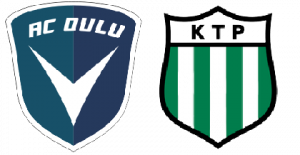 Monday’s match will be played at the Raatin stadion in Oulu.

Oulu beat KTP 3-1 when the teams last met in mid-June.