Paide will face Anderlecht in another qualification from the Europa Conference League Semis on Thursday.

Paide were not supposed to reach this far but the team has been living the dream. Their next opponent is one of the top teams in Belgium. Here are our predictions.

We sometimes see small teams play 90 minutes of defense in such fixtures and we see a shocking under 2.5. In this case, we do not expect to see this because there is a huge difference between these two teams. Anderlecht may not be in the perfect shape right now but they are a top team in their league and they should be able to score as many goals as they want against such an opponent. We do not expect goals from Paide but we expect at least three from Anderlecht.

The odds for this match are obviously too low to be considered because Anderlecht are the massive favorite. For this reason, we opt for a different kind of market and we think that Anderlecht will be leading at half time. The team should be able to score an early goal or perhaps more than one, as long as they enter the game with the right mindset. We do not think that they will underestimate Paide.

The expecations here are for a lot of corners but we do not see this match in the same way. Anderlecht are not a team that usually takes a lot on the road while Paide are definitely not a team that has loads of corners either. In all four of their Europa Conference League qualifiers, there were less than 10 corners. We do not expect Anderlecht to give them any chances here, so there shouldn't be a lot from Paide at all.

Paide are not even close to the best teams in Estonia and yet, they are playing in the Semi Finals of the Europa Conference League qualifications. They had smaller teams for opponents in the previous rounds but it should be impossible to take out Anderlecht now. The team doesn't have a strong attack and their defense often concedes more than expected.

Anderlecht have always been one of the top teams in Belgium and they finished in 3rd place in the previous season. Their goal difference after 34 rounds was 72:36. The team is incredible in attack and their defense is up there with Belgium's best. Their current form does not seem to be perfect but there should be no issues in a match against a team like Paide.

Top Betting Odds and Stats for Paide vs Anderlecht

FAQs regarding Paide vs Anderlecht 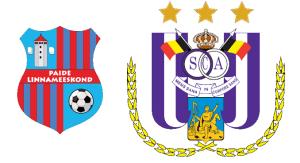 This fixture has been scheduled for Paide's home ground – Paide linnastaadion.

This fixture has been scheduled for 17:45 UTC.