PAOK hosts HNK Rijeka in the playoffs for a place in the UEFA Europa Conference League group stages. The first leg will be played at the Toumba Stadium, allowing the Greek side to claim bragging rights before the tough trip to Croatia.

Rijeka to Win or Draw

PAOK are readying themselves for their third competitive fixture, while Rijeka will make the trip for their ninth. The Greek outfit was stunned by Bohemians in the first leg while Rijeka has only lost once, and that to Prva HNL leaders, Osijek. With match fitness on their side, we favour the Croatians to take something positive from their tip to the Toumba Stadium.

PAOK have managed 3 goals in their two Europa Conference League outings. This will be HNK's fifth continental fixture and they have managed eight strikes in the period. With five of the cumulative six matches of PAOK and Rijeka finishing with less than three goals, we expect this meeting to follow suit.

While scoring eight goals in their last four matches, Rijeka has also conceded six in return. PAOK's tally stands at an even three scored and two conceded from two outings. However, both PAOK and HNK will be looking to keep damage to a minimum with group stage qualification on the line. The Greeks will want to keep a clean sheet and not accrue the away goal, while the visitors will want to have enough to finish off the fixture at home.

There is still time before the Greek Super League returns to action. This has left PAOK to prepare for European adventures from club friendlies. They still lack match preparedness as evidenced by their 2-1 defeat to Bohemians a fortnight ago. They managed to progress thanks to a 2-0 victory at the Toumba Stadium. However, there are concerns about their scoring abilities as all of their goal efforts have come from midfielders.

Rijeka has been flying high in the Prva HNL but came crashing down following a defeat to league leader Osijek. A solitary first-half strike from Ramon Mierez was enough to hand RJK their first defeat of the 2021/22 campaign across all competitions. Goran Tomic will want his side to bounce back and return to winning ways against PAOK. Rijeka has been unbeatable in the third-tier continental competition and will be unwilling to cede any advantage.

Top Betting Odds and Stats for PAOK vs Rijeka

FAQs regarding PAOK vs Rijeka Coverage and Accessibility 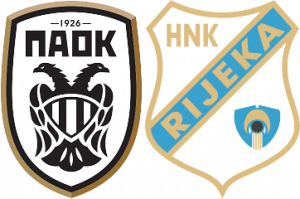