Parma face Alessandria in the new round of Serie B football, which will commence on Saturday.

The season is over for Parma while Alessandria have genuine ambitions to save themselves in the final rounds of this campaign.

Most of Parma's recent games ended with goals on both ends. Most of Alessandria's recent games also had multiple goals from both sides and most of those were against weak teams. In this match against Parma, we expect a massive score with at least three or four goals. The season for Parma is over but that doesn't mean that they will not score a goal.

These two teams have played only twice in history and both matches were won by Parma. The first one between them this season ended in a 0:2 win for Parma. Nevertheless, Parma have nothing to fight for and it shows as they lost three consecutive games before this one. On the other end, Alessandria lost a single game in their last five fixtures and will be motivated to get something out of this match.

There is no doubt that Parma did not meet the expectations that were imposed on them. We all thought that this would be one of the main contenders for promotion but it was quite the opposite – they had zero chances weeks before the end of the season. They need to look for serious improvements before next season as their defense is the main reason for their failures.

Due to SPAL's accumulation of draws and defeats, Alessandria have a real chance to save themselves now. They need all six points of their remaining games and with luck, SPAL will not win any of theirs. This would truly be a shocking end for both sides but it is possible. In each case, Alessandria are safe from direct relegation and will at least get one more chance in the play-in round.

Top Betting Odds and Stats for Parma vs Alessandria

FAQs regarding Parma vs Alessandria 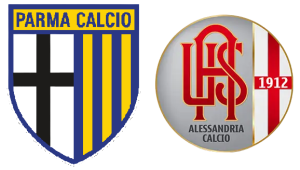 In which places are Parma and Alessandria?

These two teams are close to each other in the table but the point difference is huge. With two games left, Parma are 13th in the league with 45 points while Alessandria have 33 points and are 16th right now.

This match has been scheduled for Parma's home ground – Stadio Ennio Tardini.