Parma have been struggling to win games of late. So far, it has been a streak of draws. However, they turned things around for themselves after sealing a win last time out. Crotone also pulled a surprise in their last game by winning after losing the last four games prior to that. Based on form, Parma are currently the better side to win this game. Read our expert predictions and find the latest odds for the fixture below in our match preview.

Parma will be looking to stay on course after surprisingly sealing a win in their last game.

In their last five games, Parma have sealed a draw for three games, lost one and won one game. The same cannot be said about Crotone, who lost four games and won a game in their last five games. Undoubtedly, based on the current form of both teams, Parma is the better side and look more likely to win. A win for Parma could push them from the 13th spot to the 11th spot of the table. Most definitely, they will be gunning for such elevation.

In Crotone's last five games, despite their losses, they have played both teams to score three times. This goes to prove that while there is a likelihood of Parma scoring, Crotone is also highly likely to reply goals. It would also suffice to note that both teams have been paired against each other twice since 2020 and on those occasions, both teams to score played out.

Parma have proven not to have a penchant for scoring goals. However, to win against a team like Crotone, the best way is to outscore them. In their last two meetings since 2020, this played out and the games ended in over 2.5 goals. There is a very good chance this game will end the same way, hence making the option a viable one for this game.

Top Betting Odds and Stats for Parma vs Crotone

This game is between two teams that have such struggling forms recently but have a lot to play for given their positions in the standings.

FAQs ahead of Parma vs Crotone 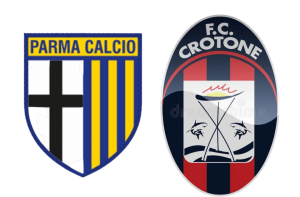 We recommend using NetBet for Parma vs Crotone