Perth Glory look to continue their amazing run and make up positions in the Australian A-League table when they take on fourth-placed Adelaide United at the HBF Park in Perth.

There is a brilliant opportunity for Perth Glory to make it four consecutive wins in the Australian A-League. They are up against an Adelaide outfit who are still trying to recover their early season form. The top predictions for this match are:

Perth Glory brought up their third consecutive win in style after beating Western Sydney Wanderers with an emphatic 5-1 score. Adelaide United, meanwhile, had a more muted at 1-0 win over Brisbane, who certainly had opportunities to get back into the game – including a penalty miss. On the road, Perth Glory have not been great with only two wins.

The matches between Adelaide and Perth have been goal fests. In the last six meetings, this fixture has produced a combined 30 goals. Adelaide were relieved to see Craig Goodwin comeback to form with the winner against Brisbane. Meanwhile, Perth have come up with a remarkable 10 goals in the last three matches. Keogh was able to pick up his first goals of the season.

Half with most goals – 2nd half

An emphatic victory over Western Sydney Wanderers has helped Perth Glory move up to 9th place in the league table. The team could potentially finish the end of the weekend in the sixth place, as they are only three points behind Brisbane Roar and Western Sydney. The home games are proving to be crucial for Richard Garcia, who has seen his team register three wins in the last three games after previously taking eight matches to hit a similar tally.

Adelaide only have three away wins and it is clear that Carl Veart’s team are trying to maximise their home matches. The opportunities have not presented in the away games and it was extremely crucial that the team held onto the win against Brisbane. More poor results could mean Adelaide dropping out of the top four. 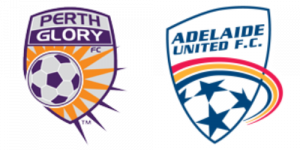 The HBF Park in Perth will be the place where this game takes place.

The top team of this encounter is expected to be Perth Glory, who are at a price of 29/20.