Cremonese finally managed to take over the top of the league after half of their opponents scored a draw in the previous round. Now, they face one of the other teams in perfect form – Perugia.

We have the teams in the best current form against each other and both sides are actually not too far from each other in the standings – 7 points between them.

Cremonese are the top-scoring team in Seria B and have been having a bunch of games with more than 2.5 goals in recent weeks. Namely, Cremonese had such a result in 5 out of their last 7 games. At the same time, they had both teams score in 5 out of 7 games as well. It is important to note that Perugia and Cremonese have played a bunch of games in recent years and four out of the five most recent ones had more than 2.5 goals. Both sides are in perfect form and we know that they can score goals, so we expect at least one from both sides as a minimum and overall, over 2.5.

We think that Cremonese have a better chance to win this match but since these are two of the strongest teams and the two in best current form, we are not completely certain for the full time result. We would rather bet on the draw no bet option, which would return our money if the match ends in a draw. Both teams are on a three-win streak but Perugia played their games against much weaker opponents in general than Cremonese. And the visitors showed much more dominant performances, which is why we think they are better suited to win this game.

Matches between these two teams always have a low number of corners. In fact, all six of their recent head-to-head games had a lower number than 11, which is the total we are betting for in this fixture too. It should also be mentioned that Cremonese had less than 11 corners overall in six of their last eight matches in the league. The visitors had 5, 5, 3, 4, 9 corners in their last 5 games on the road. Perugia had less than 5 in three of their last five home fixtures too.

Top Betting Odds and Stats for Perugia vs Cremonese

FAQs regarding Perugia vs Cremonese 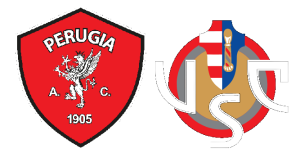 • In which places are Perugia and Cremonese?

Both sides have the same ambitions this season – to get promoted to the elite. And while Cremonese are much closer to achieving that, Perugia are not far behind. The hosts are 8th currently with 37 points while Cremonese are at the top of the table with 44.

This match will take place at Perugia's home ground – Stadio Renato Curi, which has a capacity for 23,625 spectators.

The match between Perugia and Cremonese will start at 15:15 UTC.