Perugia is one team in the Serie B that have held onto playing draws for most of their games, which explains why they don't seem to be moving up on the table for weeks. Pordenone still remain the underperforming side that have had probably the most losses in the league so far. Who will come out victorious for this one?

In the last five games, Perugia have had more of draws than wins. However, there is a good chance they might turn things around positively in this game. The only win Perugia have had in their last five games was against a team in the relegation fight; Vicenza. This looks like a similar scenario too, since the team they are playing against another team in the relegation scrap As such, there is a good chance they could win this game.

Perugia showed they could rise up to the challenge when necessary when they scored up to two goals. For a game like this, especially with a side like Pordenone known for replying to goals, Perugia will likely need more than a goal to win. In the event it plays out that way, over 2.5 becomes most likely.

Top Betting Odds and Stats for Perugia vs Pordenone

While Perugia are strong favorites to take all three points, going with the goal market in this game might come as a much safer alternative.

FAQs ahead of Perugia vs Pordenone 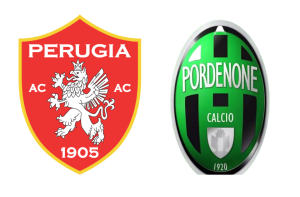 Perugia forward Manuel De Luca is the club's top scorer so far this season with seven goals to his name. He has made four goal contributions in his last five league games and he'll be looking to improve his tally further in this game.

We recommend using SBK for Perugia vs Pordenone