Floriana will travel to Zimbru Stadium to play the second leg of the Europa Conference League Qualifiers on Thursday, 14 July. It promises to be an exciting duel as both teams have got the back of an unbeaten sequence before this game.

Before the draw of the first leg in their last game, both teams had been through a winning streak. However, Petroub might be more confident in this game over the home advantage. Floriana have not lost any games in the recent visits but the Tal-Irish had two draws in the last five visits. On the other hand, the White and Black managed consecutive wins at their home stadium. So we think that it will be a tough duel but Petrocub will be the team to get ahead to the next round.

The last meeting between the teams ended with zero goals but based on Petrocub’s home stats, we believe to see this game ending in a high total. The White and Black scored five goals in the last home attempt and added a total of 17 goals in the previous five. Floriana are also scoring with an average of two goals per game from the last three away outings.

Petrocub’s front line has been brilliant in the recent home attempts and secured a string of scoring. On the other hand, the Tal-Irish have also scored at least twice in all of the previous three games away from home. So both teams are likely to have opportunities but following the successive clean sheets, Petrocub are expected to restrict their rivals.

The impressive streak of beating teams by at least three goals got terminated in the last game where the White and Black were restricted to a 0-0 draw against Floriana. But the squad have a chance to get back when they see the rivals in the home leg. Ivan Tabanov will have a fully healthy squad available for the selection for this game.

Tal-Irish earned three away victories in a row in the different competitions and aim to continue the form. But Floriana couldn’t get the winning sequence back to their home in the last game ending in a 0-0 draw. Gianluca Atzori will have zero fitness issues to speak of in the team ahead of this game.

Top Betting Odds and Stats for Petrocub vs Floriana

FAQs regarding Petrocub vs Floriana Coverage and Accessibility 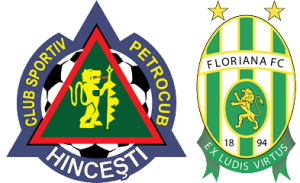 Where is the game being played? Stadionul Zimbru (Chişinău).

Who is the referee for this game? Kuchin A. (Kazakhastan).