Pisa and Brescia will face each other in one of the most i mportant games of the remaining six rounds this season.

Pisa and Brescia are both within range of the championship spot at the top of the table and this match is key for both teams.

It is a fact that Pisa do not concede often and when they do, they usually lose. In quite a few games in recent weeks, they did not allow a single goal. This time, however, they have Brescia against them which score in all of their games. We think that we will see a draw here with both teams scoring at least one goal, which has been the case in all of Brescia's most recent games.

Brescia and Pisa have not had a draw in years but at this point of the season and with their current forms, this is the exact result we are hoping for. Overall, Brescia had four draws in their last six outings and this has been a problematic result for them on their way back to the top of the league. Pisa have been incredible at home and lost a single game in their last 10 fixtures. We think that they will have a hard time against Brescia here.

Pisa did not buy any new players during the winter transfer market and it is normal given that they spent 6 million euros in the last summer window before the start of this season. The team has been incredible overall and at home, in particular, and every team struggles on their stadium.

Brescia hit some solid deals on the winter transfer market which made the team even stronger defensively but they have been struggling on the attacking side of things. It is true that they score goals in all of their games but quite often not enough to win their matches. They are the strongest away team in the league and will be a serious challenge for Pisa.

Top Betting Odds and Stats for Pisa vs Brescia

FAQs regarding Pisa vs Brescia 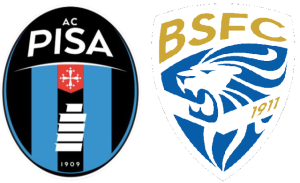 In which places are Pisa and Brescia?

Pisa and Brescia were both at the top of the table at some point this season and still stand a chance for the championship. Pisa are currently 3rd with 58 points while Brescia are 5th with 57 points.