The weakest team in the league – Pordenone – face Cittadella in an important match for both sides. Both sides lost their games on Saturday and while Pordenone have almost no chances to remain in the league at this point, Cittadella are in the promotion race and this loss was a huge step back in their ambitions.

Cittadella could have been near the top at this point but the team has been having draws and losses for weeks now. This match against Pordenone is the perfect opportunity for them to strike a win that could even send them in the promotion zone.

This bet could easily be the steal of the evening in the entire Seria B. These two teams form the perfect matchup for a goalless game and we expect to see it without serious issues. Pordenone are actually one of the teams that has had the most over 2.5s this season but this was because of the opponents that scored 43 goals against them in just 22 games.

Offensively, Pordenone are almost the lowest-scoring team in the league, so we generally do not expect them to score even once here. Cittadella have also not been much better in terms of scoring goals and they are one of the teams with the lowest numbers of over 2.5 games in the league – just 6 out of 22. The previous match between them ended with just one goal, so we expect something similar and no more than two in each case.

This is a safe bet, because we expect to see Cittadella either win or grab another point here. The team is much better than Pordenone, there is no doubt, but Cittadella have been having too much draws lately. Before their most recent loss on Saturday, they had four consecutive draws. In other words, we expect them to win here with a single goal difference maybe but there is an enormous chance that we will see yet another draw. So, the draw no bet option is perfect because we will not lose money if the match is a tie.

Even though Pordenone have the weakest defense in the league, nobody expects to see Cittadella score a lot of goals. Overall, the team has not been impressive on the offense, so it is normal for them to score a maximum of one goal per game. Moreover, Pordenone showed some improvement in home games or at least, defensively. They have not been winning at all but they at least do not concede as many goals as in the earlier stages of the season. We think that this game will either be a 0:0 or a 0:1 at best.

Top Betting Odds and Stats for Pordenone vs Cittadella

FAQs regarding Pordenone vs Cittadella 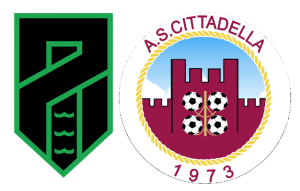 • In which places are Pordenone and Cittadella?

Pordenone are the tied-worst team in the league along with Vicenza. Currently, they occupy the bottom place in the league – 20th, because they won just 12 points in their 22 rounds to date. Cittadella are seriously close to the promotion zone and a win here will either send them there or bring them right below that position – they are currently 10th with 32 points.

Tuesday's fixture will be played at Pordenone's home ground – Stadio Guido Teghil, which has a capacity for 5,000 spectators.