Puskas Academy will face Vitoria Guimaraes for the second time in a week for the Europa Conference League qualifications.

Vitoria Guimaraes won the first match and it was no surprise – the team is much stronger than their opponents. Here are our predictions for this second leg.

We usually expect to see few goals after a 3:0 win for the better team but in this case, we have Puskas Academy and they are not a bad team at all. They usually have high-scoring games week after week and we do not think that they will let Vitoria without a fight. Puskas will try to score an early goal and if this happens, we expect to see a match with goals from both sides and a massive result.

There is no favorite in this match when it comes to odds and it is normal – if the result was different, Vitoria would have been the favorite. But since they beat Puskas already with a huge difference, nobody expects 100% from Vitoria. We should definitely see goals from the home team and if that happens, Vitoria will have to respond and we think that there is a lot of potential in this match for goals.

The first match between these teams had a total of 14 corners at full time which was incredible. While we will most likely see less than that in this match, we expect to see 10+ because both teams take a lot of corners. You can even opt for a higher line than this as there is incredible value in the over 9 and over 10 markets. However, we pick the safest worthy option and will stick to over 8 corners.

Puskas Academy have been one of the most serious teams in Hungary over the past few years and while it is surprising, their performances have been great. The team has a strong attack but an even better defense, at least when it comes to the domestic league. They played a strong game in the 1st leg but the luck was completely not on their side. We expect goals and a thrilling second match despite the result.

Vitoria Guimaraes are nowhere near the top teams in Portugal but because the league gets a lot of qualifying spots, we see teams like them in the Conference League. The team finished in 6th place last season and while this may sound good, see the difference between them and the champions – 48 to 91 points and a goal difference of 50:41 next to the 86:22 of Porto. They should still be able to get through Puskas.

Top Betting Odds and Stats for Puskas vs Vitoria Guimaraes

FAQs regarding Puskas vs Vitoria Guimaraes 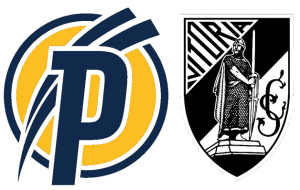 This fixture has been scheduled for Puskas' home ground – the Pancho Arena.

When does this game start?