The Tofiq Bahramov Republican Stadium in Baku gets ready to witness the UEFA Conference League match up between Qarabag and Kairat in the midweek action. Qarabag are looking to remain ahead of Basel in group H.

Qarabag returned to domestic action after the international break with a 2-1 win over Sabah away from home. The team have picked up a 4-1 win over Omonia Nicosia in the latest round of the Conference League. Kairat also had a 2-1 during the weekend against Aktobe.

Qarabag have been able to win a staggering number of matches of late. Apart from that dropped points against Keshla, there have been few problems faced by Qarabag in recent matches. They are likely to suffer based on recent form. Kairat are in a decent run of form with back-to-back wins, but away matches in Europe is not always a forte of the team.

Kairat have not found it difficult to get goals with the last five matches alone helping the team come up with 11 goals. Despite playing away from home, Kairat are unlikely to show fear, as failure to win this match could mean almost slipping out of contention for qualification. Qarabag have scored over 2.5 goals only once in the last four matches, but this game could collectively end up producing a plot of goals.

Both teams to get goals – yes

The recent win over Omonia Nicosia has brought Qarabag back in contention with regard to qualification. The team is still unbeaten in the group stages and things are looking up if Qarabag are able to match or better the result of Basel. Jaime Romero and Badavi Huseynov are injured for the home team.

The Kazakh team that has started with a point in the opening group match, but the heavy away loss against Basel has put them on the back foot straight away. There are no injury problems for Kairat coming into the match.

FAQs regarding Qarabag vs Kairat Coverage 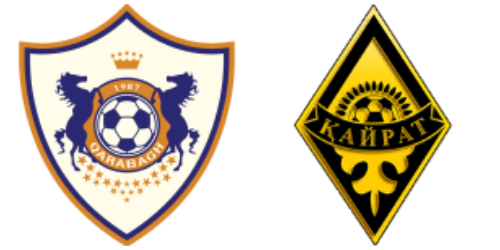 Tofiq Bahramov Republican Stadium in Baku is the location for this Europa Conference League match.

Qarabag are the strong favourites to come out with three points from this match.