The last fixture of the Wednesday Super League program includes Qingdao – the weakest team in the league – and Wuhan, who need a few more good results to feel safe at the end of the season.

The home team will come into this game with a 10-game losing streak and even a team like Wuhan will be a significant challenge. The two teams played a few weeks back in the Chinese FA Cup and the game was won by Wuhan at 4:0. Will we see a repeater here or will Qingdao find the strength for a positive result?

Both sides here are obviously among the weakest teams but even this low at the table, there is a significant difference between Qingdao and Wuhan. The hosts have scored just 6 goals in 15 games, four of which happened in home games. Wuhan's away performances have not been perfect but it is important to note that they have conceded just 9 goals in 7 games, which is the current best in the Relegation Group. We expect that both teams will have difficulties to score as their attacking players are terrible. In each case, we do not expect to see goals from both sides here.

The visitors are yet to win a game away from home. In fact, just 3 out of 8 teams here have won a match away, which is really curious. So, Wunah won against Qingdao last month with 4:0 at home. While we do not expect to see the same result here, we know that they are the better team and we expect them to win this with 0:1/0:2. The hosts will not have many chances overall, and we do not expect them to give much of a fight – it mostly depends on Wuhan to score their chances here.

Once again, we bet against the weak home team and we choose this alternative to the both teams to score market at good odds. As mentioned above, Qingdao have scored the lowest number of goals in the entire league – just 6 goals in 15 games. Both teams are in the Relegation Zone, so you shouldn't expect spectacular performances in defense but Wuhan have not conceded a lot in their matches, so it will be unexpected to see Qingdao score in this fixture.

Top Betting Odds and Stats for Qingdao vs Wuhan

FAQs regarding Qingdao vs Wuhan 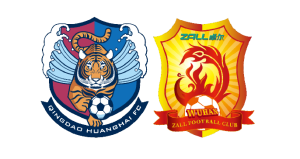 • How many teams are there in the Relegation Group?

After the regular season, 4 teams of each of the league groups get brought together in an overall Relegation Group of eight teams. The last two sides (7th and 8th) get relegated at the end of the second stage.

• In which places are Qingdao and Wuhan currently?

Obviously, the hosts are the weakest side in the group and take the 8th place with just 7 points after 15 rounds. Their opponents from Wuhan are currently 3rd with 14 points, which is a comfortable position away from the relegation zone.

This fixture has been scheduled for 11:30 UTC on Wednesday, December 15.