Since their last win which came in December 2021, Queen of South have drastically dropped form. In their last three outings, they are without a win, with two losses in-between. Dunfermline's form is just similar. They have been having a fluctuating run with more draws than wins in their recent games. This could be a chance for either side to return to winning ways.

With Queen of South just one point behind the away team on the standings, they will be eager to take all three points. Regardless, Dunfermline will definitely not make that easy for them.

While it is clear that this match will not end in a goalless draw, there is a good chance it will end in a draw regardless. Looking at the head-to-head of both sides, they have played more draws than wins. Not to mention the fact that both teams have a lot to play for in this game. As such, we are expecting that whoever scores first gets a reply and this could happen till the end of the game, resulting in a full-time draw.

This is the most feasible option to wager for this game. This is a game between two teams of very similar form that seem to have a lot to play for as whoever wins, displaces the other from the standings. In light of that, both teams are expected to come out to play and that could result in goals from both ends.

Queen of South Over 1.5 Goals

Queen of South have shown more prospects when it comes to scoring goals. In their last five outings, they have scored at least two goals per game in three of those games. This is a good record that pushes the possibility of that also repeating itself for this game as well.

Top Betting Odds and Stats for Queen of South vs Dunfermline

This is a game between two teams at the bottom of the table and we expect to see a tussle for which gets three points.

FAQs ahead of Queen of South vs Dunfermline 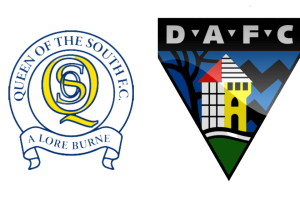 Where are both teams currently on the standings?

Queen of South are currently at the bottom of the table with 18 points while Dunfermline lie in 9th place with 19 points.

We recommend using SBK for Queen of South vs Dunfermline