A fascinating contest awaits in the Scottish Championship as bottom side Queen of the South prepare to host top side Arbroath. Arbroath have a two point lead at the top with a game in hand and will see this as a vital opportunity to extend their lead at the top and apply some pressure to their title rivals. Queen of the South are slowly getting cut adrift at the bottom and it’s essential that they start taking some points.

Considering the difference in class between the sides – Arbroath at 10/11 to record the win could be a great bet. Arbroath currently have the best away form in the league and have picked up four wins from their last five away games. For Queen of the South they have only won one of their last five home league games. This seems like a no brainer to us and we have to back the league leaders to get the win here.

The Best Match Odds for Queen of the South vs Arbroath 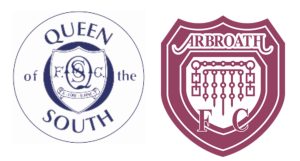 This game will be played at the home of Queen of the South at Palmerston Park.

The last five matches between the teams have been competitive with both sides winning one of the previous fives with the other three matches all being draws.

What is the kick-off time for Queen of the South vs Arbroath?