Substitute Albert Adomah was the hero for Queens Park Rangers as they claimed the three points against Watford. They will want a similar performance in Round 7 as they host Hull City at Loftus Road.

Both the Rangers and Hull triumphed in their last outing and will be confident in their Championship outing. QPR have had the upper hand in their recent duels with Hull City, winning twice while drawing once in their last four. Couple this with their home advantage and it is easy to place confidence in them during this midweek meeting.

Interestingly, both QPR and Hull City were involved in five-goal thrillers in their last Championship outing. Four of Hull's last five outings have concluded with Over 2.5 Goals, while QPR has required one more game for similar results. Six of their last seven duels also saw at least three goals, hence, our Over 2.5 Goals conclusion for this meeting.

A paltry three points separate QPR from Hull City. Both sides have impressed going forward with 9 and 10 goals to their name respectively. However, it is their defence that has let them down with similar inflows. With both sides scoring and conceding at a similar rate, this duel at Loftus Road should see goals at both ends of the pitch.

Despite improvements in the squad and managerial changes, QPR continues to struggle in the Championship midtable positions. The Rangers' defence continues to hold their ambitions, their frivolities letting them down while the attackers deliver. Micheal Beale needs to arrest their defensive woes or it will be a further struggle down the ranking table for them.

The return to Championship was tough for Hull City last season as they barely avoided a second successive relegation. Those thoughts will be far removed from their minds as the Tigers have started brightly. They find themselves third on the points table, the pole position out of their reach with their defence letting their lead slip at each time of asking. 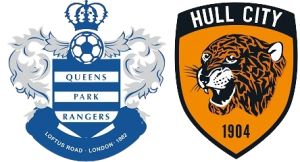 Where is the game being played? Loftus Road.
Who won the last Head to Head fixture? Queens Park Rangers and Hull City played a 1-1 draw.
When is the match scheduled? The match will take place on 30 August 2022 at 19:45 GMT.