Randers and Jablonec lock horns on Thursday in a Europa Conference League Group D contest. Read our predictions and find the best odds for the fixture below in our detailed match preview.

Third meets second in Group D on Thursday when Randers and Jablonec meet at Cepheus Park. Read our top three predictions for this week’s fixture below.

With just one point separating Randers in third spot and Jablonec in second, the teams’ clash on matchday four in Group D takes on massive significance. We’re siding with the Danish hosts however, who have lost just twice in their last 12 home assignments in all competitions. Jablonec meanwhile, have won just two of their last ten matches on the road and they could come unstuck on their travels again in Denmark.

Both teams to score bettors would have enjoyed following Randers’ fortunes in the Europa Conference League this season. 100% of the Danes’ three games in the section produced goals at both ends, including their 2-2 draw with Jablonec last month, and with a compelling pattern to draw confidence from, we recommend a bet on the same market on Thursday when the teams reconvene at Cepheus Park.

Highly-rated Nigerian striker Stephen Odey has been in electric form of late and the lethal finisher has hit ten goals in his last ten appearances for Randers. The 23-year-old made his presence felt against Jablonec last month when he notched both of his team’s efforts in a 2-2 draw and we’re tipping this up-and-coming hotshot to get in on the act again in Thursday’s return fixture.

Randers looking to claim a foothold

Randers are in the unusual position of having not won or lost in Group D so far, though the Danes will be determined to break their drawing habit on Thursday. Randers’ 3-1 reverse at home to Midtjylland at the weekend was a far from ideal way to prepare for their crucial Europa Conference League encounter, though they had won three out of four games before that, showcasing how dangerous a unit they can be when on song.

Jablonec are in a decent position in Group D after three rounds of fixtures, though their nasty habit of slipping up on the road threatens to scupper their progress both domestically and on the continent. The Czech side have lost six of their last ten matches away from home and their last jaunt saw them dismantled 5-0 by rivals Viktoria Plzen.

Top Betting Odds and Stats for Randers vs Jablonec

Here are the top stats for the game along with a tool to help you pick the best odds. As you can see, Randers are around even money to take the win at home. 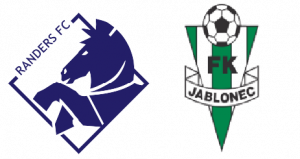 Who is Randers’ leading scorer this season?

Stephen Odey is Randers’ leading marksman with ten goals in all competitions this term.

We recommend using the odds at Randers vs Jablonec.