In this betting preview, we look at the Austrian Cup fixture Rapid Wien vs Wiener Viktoria. The league structure in Austria will tell you Rapid Wien should run riot but will they?

Let's start off our prediction by highlighting the fact that Wiener Viktoria have lost six of their last 10 matches whilst Rapid Wien are unbeaten in five games having won three of them. Now, on form alone, a Rapid Wien win looks like the most likely outcome. If you consider that Rapid Wien finished second in the Austrian Bundesliga last season compared to Wiener Viktoria coming ninth in the Regional East league then you'll see why we fancy Rapid Wien to run away with things; the hosts have recorded a couple of big wins (5-2 and 3-0) in their last five too. Wiener Viktoria have suffered a couple of heavy defeats too (3-0 and 4-0).

With the first of our tips backing Rapid Wien to win with a -2 handicap, we only need another goal for this bet to come in too. Last season Wiener Viktoria averaged 2.9 goals across their matches with Rapid Wien's fixtures coming in higher at 3.3. They're pretty high averages across an entire season and with a chasm between the teams in terms of quality, this game will surely come in well above their average. If it does, a bet on over 3.5 goals looks like cracking value.

To win to nil: Rapid Wien

Finally, we come to our last prediction. With a tip offered already of over 3.5 goals you might think we expect both sides to share the goals around. We don't. We just expect Rapid Wien to put Wiener Viktoria to the sword. The home side have kept three clean sheets in their last five matches – winning two of them to nil. For Wiener Viktoria, they've lost three of their last five games; they've blanked in every single one of those defeats. They shouldn't be troubling a side like Rapid Wien.

Rapid Wien vs Wiener Viktoria : A bit about the teams

Rapid Wien are on a good run of form with the fact they are unbeaten in five matches; the big question coming into this match is how seriously they'll take it because there will be big aspirations in the club to win the Bundesliga this season. As they say in football though, momentum is a huge thing so Rapid Wien will want to turn Wiener Viktoria over in this game; if they're to do so it will probably mean in form strike duo Ercan Kara and Taxiarchis Fountas have a field day.

When you're a lower league club the idea of facing a so-called ‘big boy' is quite a nice feeling. It's probably less exciting when you've been on a mixed run of form that has seen you get tonked a couple of times. Regardless, Rapid Wien lay in wait and that means Wiener Viktoria need to get ready. Can someone like Halil Erbay, who recently scored a brace against Margarethen, write his name into the history books?

A quick Q&A on Rapid Wien vs Wiener Viktoria 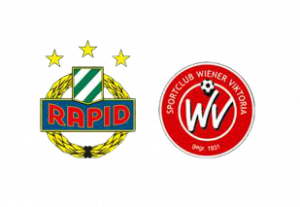 Who are favourites to win the game?

The Allianz Stadion in Vienna