Reggina seemed like a team that plans to fight for promotion in the final part of the season but have now not won in three consecutive games. Cosenza are fighting for their place in the league but their chances are not high.

Reggina are the big favorite here and if they still have any ambitions to reach the top 8, they need to take such opportunities against weak teams and win the three points.

From time to time, Cosenza make incredible games like their previous round 2:2 or like the 3:3 they had a few weeks ago. In most games, however, they are weak and often do not score a single goal. Reggina have an above-average defense and if they have the motivation to keep a clean sheet, they might do it. We expect 1-2 goals from Reggina and none from the visitors.

Reggina have not won in three consecutive games but two of them were on the road and one was against Perugia, which is a difficult opponent as a whole. Before that home loss to Perugia, Reggina were on a streak of four consecutive home wins. They won against all of the teams in the relegation zone, so we think that they will take this chance and win three more points against Cosenza.

Reggina are the team that has taken the fewest corners per game this season in the entire league – only 3.63 per game on average. Cosenza have also taken few – 4.28 per game. We expect a game with few goals and few corners. Cosenza do not give a lot of corners to their opponents either and have the lowest average total corners per match in the league – 8.66 per game.

For about a month, Reggina were the most impressive team in Serie B – 5 wins out of 6 matches between February and March. This form has now changed, however, and we see that they actually struggle against teams from the upper half of the table. Most of their wins were against bottom-side teams like Cosenza.

Cosenza had all the chances they needed to get out of the relegation zone at an earlier stage of the season but they failed. Now, the point deficit is huge and while they still have a chance, their form has not been good at all and we do not expect to see it happen.

Top Betting Odds and Stats for Reggina vs Cosenza

FAQs regarding Reggina vs Cosenza 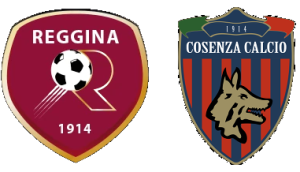 In which places are Reggina and Cosenza?

As mentioned, Cosenza are near the bottom of the table but where? The visitors are 17th with 24 points. On the other side, Reggina are now 11th with 40 points.