Reggina turned their season around and won four of their last five games and are already looking towards the play-off zone. This match against Vicenza is the perfect opportunity for them to strike three more easy points and get even closer.

Until recently, Reggina were close to Vicenza near the bottom of the table. Now, the team is almost in the upper half and just six points below the promotion zone.

It is curious but Vicenza might be one of the weakest teams in general but at the same time, they have quite a solid defense. The visitors do not concede a lot of goals, which has helped them win some points in recent games. They had over 2.5 goals in just a single game out of their last five. On the other side, Reggina had over 2.5 goals in two out of their last five games and we should note that the team has also been quite impressive in defense. They conceded a goal in just two games out of five. We think that there is a good chance that Vicenza might not score here, so consider the both teams to score market (No) as an alternative option.

We mentioned Reggina's improvement and they seem like the team that has a much better chance to win this fixtute at this point. It is true that Vicenza have also had some improvement especially if we compare their overall season. The visitors have not lost in five consecutive games although four of those were draws. There is a good chance for a draw here, so you might want to consider the draw no bet option for bigger betting slips. Nevertheless, Reggina have really been impressive with their four wins in five games and we think that this is a great opportunity for them to win three more points.

This game is the perfect option for an under bet on corners. Reggina are actually the team that has taken the least corners this season and their recent stats are even more shocking. The hosts have taken an average of 3.81 corners per match this season but in their last five games, they took just 2.40 per match. In the last five games at home, the stats are the same – 2.40 corners per home game. Vicenza's performance has been quite better with their 5.00 corners per match but still, we expect under 10 corners here.

Top Betting Odds and Stats for Reggina vs Vicenza

FAQs regarding Reggina vs Vicenza 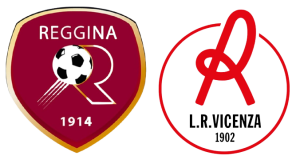 • In which places are Reggina and Vicenza?

Vicenza remain deep in the relegation zone as the team has won 18 points in 26 games. They are 18th out of 20 teams. Reggina were close to them until recently but the team's improvement has put them at 12th place right now with 35 points.