Rennes will be keen on some degree of positivity when they take on Rosenberg at the Roazhon Park in the midweek action. This first leg is part of the Conference League play-off stages.

Rennes made it consecutive draws to begin the new season after being held to a 1-1 draw by Brest away from home. Rosenberg once again showed their superior form by getting a 2-1 win over Mjøndalen and this was the ninth consecutive wins in all competitions.

Rennes have been struggling to pick up wins at the start of the French Ligue 1 season. This is in complete contrast to Rosenberg’s excellent form over the last few weeks. The Norwegian outfit will also be in better shape coming into the match since they have been playing competitive games for a while. However, home advantage should make sure that Rennes do not suffer a deal in this first leg.

None of the last five competitive games for Rosenberg has produced anything less than 2.5 goals. This, once again, is complete opposite to the low scoring matches witnessed by Rennes in the two competitive league encounters. The French team are likely to be more cautious in this European game.

Rosenberg have been scoring goals for fun in the last few games and this could spell trouble for Rennes who have managed to keep things quiet in their end. After having witnessed a 1-1 draw for Rennes in the opening two rounds of the French Ligue 1, the expectation is more of the same.

Rennes could be in a spot of bother if they fail to win this match, as it would mean three successive matches without a victory. The addition of many young players with a lot of flair is expected to spice things up going forward. Crucially, there are injury worries for Bruno Genesio.

After having been a regular in the Europa League, Rosenberg have a decent amount of European experience and they will be looking to put that to produce in this match. The team is on a nine-game winning sequence and they are difficult to stop right now. Markus Henriksen and Per Ciljan Skjelbred are the injured players for the visitors. 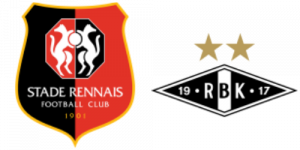 The location for this match will be at Roazhon Park in Rennes.

Rosenberg are the strong favourites to win this match according to bookmakers.