The focus of this preview will fall upon Roma’s Italian Serie A match against Bologna at the Stadio Olimpico this weekend.

Just a few days after taking part in their Europa league commitments, Roma step into this league match against Bologna. Our top predictions for this game are:

Roma have had limited time to prepare for this encounter. Meanwhile, the team will also be overjoyed after a solid way result against Ajax in the Europa League competition. Bologna do not have such distractions it might be difficult to pull off a surprise result in an away match considering that Roma will be on a high.

The recent matches involving Bologna has shown a tendency to end up scoring a decent number of goals. It would be difficult to expect big things out of the Bologna team which has conceded 23 goals in away matches so far. Bologna have also suffered some big defeats against Roma in the last few meetings. Most notably, the reverse fixture became a 5-1 win for Roma.

Highest scoring half – 1st half

Roma have experienced a decent amount of success in the first half of matches, as they have scored seven goals compared to just three goals between the 1st-2nd halves respectively. Bologna cannot be separated on this front due to the lack of a huge differential. Due to these factors, Roma vs Bologna match could be entertaining in the second half.

Roma continue to be one of the best teams with a good home record this season. Paulo Fonseca’s team are able to display a home record which was impeccable until the losses to AC Milan and Napoli in the recent weeks. Even then, Roma’s home record is great, but the away record needs to go through a lot of improvements. The capital outfit are still suffering from a lengthy injury list with Henrikh Mkhitaryan, Chris Smalling, and Stephan El Shaarawy unavailable due to injuries while Bryan Cristante is missing due to suspension.

Bologna hope to avoid another heavy defeat at the hands of Roma. Most of the recent successes for Bologna has been achieved against teams around them in the table. This does make for a good reading with the club taking on the likes of Torino and Spezia in the next few games. Bologna could rise to up to 10th in the standings by the end of this weekend. Federico Santander and Aaron Hickey are the players unavailable for Bologna boss Sinisa Mihajlovic.

Top Betting Odds and Stats for Roma vs Bologna

FAQs regarding Roma vs Bologna Accessibility 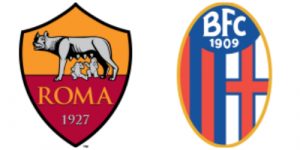 The Stadio Olimpico, which is the home of Roma, will host the game between Roma and Bologna.

Roma are the bookmakers’ favourite to get a win from this match and they are at odds of 7/10.