This preview looks ahead to a match where the two teams are already looking forward to the next season, which could be in very different circumstances.

This is the Italian Serie A match between Roma and Crotone. The hosts are gearing up for the arrival of Jose Mourinho as their new manager, while Crotone are preparing for life in the Italian Serie B. The predictions for this game would be:

Roma win at half-time and full-time

Roma’s season is effectively over after being knocked out of the Europa League in the midweek action. However, the team will be motivated heavily to impress manager Jose Mourinho, who will take over in the summer. Crotone are going to play only for pride, but there was a significant drop in the performance levels during the last match as the team’s relegation was confirmed. This should help Roma get a comfortable win.

Edin Dzeko has come up with two goals in his last three matches. The Bosnian’s experience will be a crucial factor in helping Roma finish ahead of Sassuolo in the league table. The likelihood of qualifying for Europe is slowly disappearing for Roma, but Dzeko could end up scoring anytime.

Crotone are relegated from the top division, but the team will be trying to finish above the bottom. As a result of being just two points behind Parma, Crotone will be pushing for goals. Roma’s defensive record has been pathetic with 11 goals conceded in the last six games. Crotone have conceded only four more goals than Roma during the same period.

A valiant fight from Roma in the Europa League semi-final suggests that the team are likely to be putting up a strong set of performances to already impress manager Jose Mourinho, who has been announced as the next manager for Roma from the summer. The next four matches are likely to witness Roma players giving the 110%, as many are unsure about their future. There is a huge injury list for Paulo Fonseca, who will be without Amadou Diawara, Bruno Peres, Carles Pérez, Jordan Veretout, Leonardo Spinazzola, Pau López, Riccardo Calafiori, Stephan El Shaarawy, and Nicolò Zaniolo. Gianluca Mancini is suspended for the game.

Serse Cosmi is a disappointed man after failing to get Crotone out of relegation trouble. Despite a vastly improved set of performances since his arrival in March, Crotone have fallen short and will be playing in the second division next season. The impact of relegation seemed to hit the club hard, and they will focus the efforts on finishing above Parma. Arkadiusz Reca, Samuel Di Carmine, and Luca Cigarini are unavailable for Crotone.

Top Betting Odds and Stats for Roma vs Crotone

FAQs regarding Roma vs Crotone Coverage and Accessibility 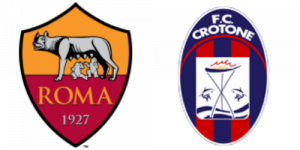 The Stadio Olimpico in Rome will be the location for this match.

Roma are branded as the favourites to win this match at a price of 4/11.