Salford and Crawley meet at the Peninsula Stadium in England’s League Two on Tuesday. The Ammies are just one ahead of Crawley in the current standings. Read our free predictions and find the latest odds for the fixture below in our detailed match preview.

Crawley have lost their two most recent away assignments ahead of their trip to play Salford on Saturday. Read our top three predictions for this weekend’s fixture below.

Both teams found the net when Crawley beat Salford 2-1 back in August and the evidence indicates that we should expect action at both ends of the pitch again in Saturday’s rematch.

Salford and Crawley are two of the other teams in League Two that take the fewest corners out of all. Let's see their most recent games. Salford took just 2.40 corners per game on average in their last five games in the league. On the other end, Crawley have taken an average of 3.40 corners per game.

Salford have been extraordinary in their latest games compared to their overall season and they are looking towards reaching the play-offs in the final games of the season. They have one of the best defenses in the league and their attack has been above-average. Their goal difference after 37 fixtures is 46:34.

Crawley have had their ups and downs lately as they have series of games without a win and then series of games that they dominate. Overall, their season has been interesing and while they have mathematical chances to reach the promotions, it is highly unlikely at this point. Their goal difference after 38 rounds is 48:53.

Top Betting Odds and Stats for Salford vs Crawley 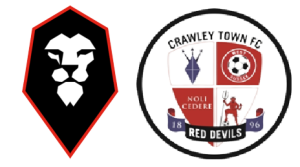 Salford are the bookies’ favourites to beat Crawley this weekend.

Salford vs Crawley will be contested at the Peninsula Stadium.