Salford and Sutton go out in search of their first win of the League Two 2021-22 season. This match will be held at the Peninsula Stadium in Greater Manchester.

Salford started the new season with a 1-1 draw against Leyton Orient. This home draw was followed by an entertaining 3-3 draw with Derby County in the League Cup before Salford eventually lost on penalties. Sutton made their appearance in the football league for the first time in more than 100 years and suffered a cruel 2-1 loss against Forest Green. Sutton were also knocked out of the League Cup by Cardiff City in the subsequent game.

Salford to win the game

There is a huge gulf in class between the two clubs even if the opening few results have not entirely worked in favour of Salford. The home game against Sutton will be a target for Gary Bowyer to get three points and focus on making the way the table. Meanwhile, Sutton will be looking to make the most of their home matches and a defensive away performance could be on the cards.

Salford to win by two goals

Salford were able to get a winning margin of more than two goals in two of the last three home matches. The wins over Mansfield Town and Leyton Orient towards the end of last season are a stark reminder of the quality possessed by Gary Bowyer’s team. Sutton may find it difficult to stand in way of the same.

Salford are one of the promotion aspirants from the League Two this season. They are in good shape despite failing to win the opening match of the season. The early exit from the League Cup might work in favour of the team and help them focus on the league commitments. Gary Bowyer has no injury concerns ahead of the game.

Sutton are looking to make amends for the heavy loss against Cardiff City in the League Cup. The team has conceded quite a few goals already and it is no surprise that the team are rated as one of the favourites to even go down immediately after coming up. There are no injury problems for coach Matt Gray.

Key Stats Ahead of League Two Match – Salford vs Sutton 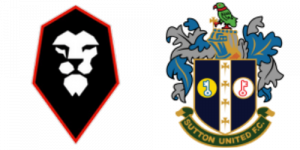 The Peninsula Stadium is the location for this game.

The team regarded as a favourite to win this match would be Salford.