This preview looks at the Italian Serie A encounter between Sampdoria and Torino at the Stadio Comunale Luigi Ferraris in Genova.

Torino look to profit from Sampdoria’s slump in form as the visitors try to get clear of the relegation zone. These are some of the top predictions for this game:

Sampdoria are struggling for consistency and wins, as the team has not picked up three points in any of the last five matches. However, the best bet for backing a Sampdoria win would be home matches, while Torino come into the game with just two losses in the recent five matches. Even then, Torino have their work cut out due to the home advantage for Sampdoria.

Torino have been among the goals of late. In the recent eight matches, Torino have been unable to score only once. This goes well with Sampdoria’s defensive struggles of late. The last clean sheet for Sampdoria was towards the end of January against Parma. Since then, they have gone eight games without a clean sheet.

The Stadio Comunale Luigi Ferraris has witnessed several high scoring games already this season. Even the recent home matches have turned out to be a goal fest on many occasions. Torino have been among the goals recently, as Genoa have become the only team to stop Torino from scoring in the last seven matches.

Sampdoria remain close to the top half of the table even after the poor patch of form, which has seen the team go without a win in the last five matches. Claudio Ranieri needs to quickly shows improvements to the club’s form or he faces the boot. Sampdoria need some points at the Stadio Comunale Luigi Ferraris, where Sampdoria will be playing in three of the next four games. Gaston Ramirez is suspended for the game, while Ernesto Torregrossa has a muscle injury.

Torino enter the game with a remarkable statistic of just three away victories throughout the season. Incidentally, two of those victories came in the last six matches. Such is the improvement in form shown by the visitors over the last few weeks. Davide Nicola’s men, however, do remain with the fear of relegation, as the club are only a point ahead of Cagliari in the standings. Nicolas N´Koulou and Daniele Baselli are the players missing from action for Nicola.

Top Betting Odds and Stats for Sampdoria vs Torino

FAQs regarding Sampdoria vs Torino Coverage and Accessibility 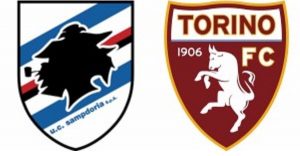 This match will be held at the Stadio Comunale Luigi Ferraris.

Sampdoria are the favourites for a victory in this match, as they are priced at 6/4 by bookmakers.