Sandhausen and Nurnberg fight for completely different things this season. Nurnberg are in the fight for promotion although their recent results have been bad while Sandhausen are in the relegation zone and need points to save their place in the league.

Nurnberg were at the front until recently but their recent losses created a small gap between them and the leading teams. Sandhausen have had several good results recently and will be motivated to continue their progress.

Sandhausen still have not won a match at home after six rounds and Nurnberg is a difficult opponent. The visitors have definitely not been among the best away teams this season and most of their matches have ended in a draw – four out of six. With their recent bad performances, we expect a draw out of this match as well.

Sandhausen and Nurnberg are not the greatest choices when it comes to the both teams to score market although Sandhausen have been improving and scored quite a few goals recently. This is why we expect to see goals from both sides – Sandhausen's defense is not strong but their attacking performances have been improving. Nurnberg have conceded goals in 4/6 away games this season and in all four, they allowed at least 2. Sandhausen are not the most dangerous opponent but there are good chances that they will score.

The lines for this market for this fixture are surprisingly high given that neither side takes a lot of corners. Especially in their recent matches, Sandhausen and Nurnberg have been quite inactive in this part of their game. Here are the stats for both teams for their last 5 matches: 2.20 corners per match on average for Sandhausen and 4.40 for Nurnberg. There is a good chance that there will be few corners in this fixture.

Top Betting Odds and Stats for Sandhausen vs Nurnberg

FAQs regarding Sandhausen vs Nurnberg 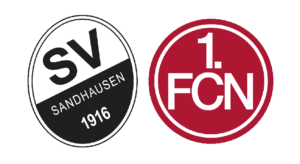 • In which places are Sandhausen and Nurnberg currently?

As mentioned above, the teams are at the complete opposite sides of the table. Sandhausen are in the relegation zone at 16th place while Nurnberg are 6th.

• How many goals have Sandhausen and Nurnberg scored to date?

Neither team has been impressive on the attacking aspect of football. Sandhausen have scored 12 goals in 12 matches while Nurnberg have scored 17 in 13 matches.

This fixture has been scheduled for 17:30 UTC on Friday, November 19.