Werder Bremen is not a team we are used to seeing in Bundesliga 2 and their place definitely is among the elite. This will not happen this season, however, unless they begin getting points and Sunday's fixture against the weak Sandhausen is the perfect opportunity.

To date, Sandhausen is the worst home team in the league – anyone who catches them wins with a few goals difference. Werder Bremen gets a rare chance to step it up and begin climbing the ladder with some easy points.

This season has seen a lot more goals than the last campaign had at this point. Finally, the “over 2.5” market has once again become a fairly safe option for most games because teams generally score a lot and concede almost as much. Sandhausen is one of those teams that concede a lot. They are the worst home team in the league and have been conceding 2-3 or more goals per home game. Werder Bremen has had over 2.5 in 4/5 away games to data although a couple of those games were devastating losses.

Werder is the clear favorite for this match not because the team is much stronger in general but because Sandhausen is simply too weak. From time to time, Werder has those games in which they play bad and lose by a bunch of goals but in their case, it's all ups and downs. One week they win 3:0, the next week they lose 0:3. In Sandhausen's case, they predominantly lose by a few goals and we expect Werder to be the next away side that steals three points.

Let's see Sandhausen's home matches this season – 4 out of 5 were lost. The results are as follows: 1:6, 1:3, 0:2, 0:0, 0:4, 0:2. Absolutely each team apart from Karlsruher has managed to score at least two-goal when visiting Sandhausen and we expect Werder to be no different. The team has already proven that scoring more than 2 goals is not inferior to them.

Top Betting Odds and Stats for Sandhausen vs Werder Bremen

FAQs regarding Sandhausen vs Werder Bremen 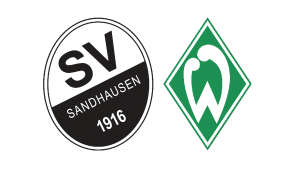 • What is the goal difference of Sandhausen after 10 rounds in the league?

Sandhausen is 16th in the league with just 8 points after 10 rounds. In those matches, the team has scored 9 goals and has conceded 21.

• What is the goal difference of Werder Bremen after 10 rounds in the league?

Werder Bremen is at the very middle of the table with 14 points after 10 rounds. The team has been scoring and conceding a lot of goals – 14:15.

• Have Sandhausen and Werder Bremen ever played before?

It is curious that these two teams have never met in an official match although both have been spending their time in the strongest divisions of the country.