This preview looks into an Italian Serie A match involving Sassuolo, who are one of the form teams in the division, and former champions Juventus. Ahead of the match, Juventus have had to deal with plenty of rumours regarding the future of manager Andrea Pirlo.

Sassuolo are hoping to recreate their win over Juventus from 2015 when they host the former champions at the MAPEI Stadium in this midweek match. The top tips for this match would be:

Sassuolo have been the best team in the Italian Serie A based on recent form in the last six matches. Roberto De Zerbi has seen his team pick up 16 points from a possible 18 to strengthen their hopes of a European finish. Incredibly, Sassuolo are only two points away from catching Roma in the seventh place. This will be a huge motivation even if Juventus are trying to get into the Champions League spots. There will be a lot of pressure on Juventus and manager Andrea Pirlo, who has had to face calls for resignation after the Milan defeat.

Domenico Berardi has been one of the influential players in Sassuolo’s incredible run over the last month or more. He has taken his league tally to 16 goals with the goal against Genoa. As the top scorer and key penalty taker for Sassuolo, there will be plenty of opportunities for the attacking midfielder.

Sassuolo have been stunning with their direct approach and individual quality. They have come to the fore in recent weeks, as players like Bogo have contributed immensely to the club’s push for Europe. Only a few weeks ago, Sassuolo seemed to have only an outside chance of European qualification but this has turned around its head. Filippo Romagna is the only injury worry for Sassuolo.

There is trouble brewing at Juventus, as the future of manager Pirlo has once again been brought to the attention after the heavy loss against AC Milan. The loss against Milan has also pushed Juventus to 5th place and they would need to depend on other teams dropping points in the remaining three matches to qualify for the Champions League.

FAQs regarding Sassuolo vs Juventus game 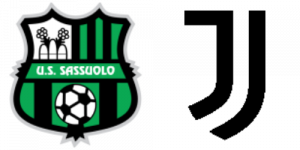 The MAPEI Stadium in Italy will be hosting this match.

Juventus are the slender favourites to win this match as they are given odds of 4/7 to win the match.