The promotion race in the 2. Bundesliga has never been more complicated – about 10 teams, more than half of the league, have almost equal chances after half a season. Schalke is one of those teams and a win against their next opponents – Holstein Kiel – might just send them in the promotion zone.

Schalke and Holstein Kiel performed in similar ways before the break in December. Both teams got some wins, some draws, and some losses. This fixture promises to be unexpected and thrilling until the final whistle.

Both Schalke and Holstein Kiel had loads of goals in their recent matches. Of course, it has been a month since the last round in the 2. Bundesliga but we do not believe that much has changed in this period of festivities. For instance, Holstein Kiel had both teams score in 8 out of their last 10 league games. Schalke, in turn, had both teams score in their last 5 consecutive league games. Overall, both teams score and concede goals and we expect to see at least one from both sides. The previous match between them ended in a 0:3 win for Schalke but that was at the start of the season when the two teams were in completely different forms.

Although Holstein Kiel had some improvement in November and December, we believe that Schalke will be extra motivated for this fixture and we should see them win with or without some issues. The team lost some home games last year but overall, they have been among the most dominant home teams in the league in terms of goals. On the other side, Holstein Kiel remain one of the weakest away team with just a single win after 8 away games. As mentioned above, Schalke destroyed them in the first fixture of this season and we expect something similar here.

We have two teams that take quite a lot of corners overall. Schalke's all-season averages are 5.50 corners per match while Holstein Kiel's is similar – 5.17 corners per match. We should definitely mention Schalke's recent performances, however. The team has been absolutely outstanding on the offense and in their last 5 games, they created an impressive number of chances. Logically, they took a lot of corners too. In fact, in their last 5 games, Schalke took an average of 8.20 corners per match. The over 9 corners line here should be surpassed quite easily in this fixture.

Top Betting Odds and Stats for Schalke vs Holstein Kiel

FAQs regarding Schalke vs Holstein Kiel 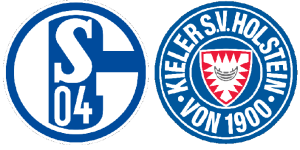 • In which places are Schalke and Holstein Kiel?

Holstein Kiel managed to create a small gap betwen them and the relegation zone in the last rounds of last year. The team is currently 12th with 21 points. On the other side, Schalke remain near the top and have a good chance to reach that 3rd place with a win here. The team is 4th with 30 points, tied with 3 other teams.

We mentioned that Schalke is one of the highest-scoring teams, especially at home this season. The team has an impressive goal difference – 34:23. On the other side, Holstein Kiel have not been too bad on the offense but their defense has been struggling – 23:30 after 18 rounds.

• When will this match be played?