Regensburg seemed like one of the teams that will get promoted but their recent performances put them far below the promotion zone and their future does not look bright. Schalke also need to step it up a bit as they only won two of their last five games.

The promotion race in the 2. Bundesliga this season has been outstanding and there are about 9 teams that still have a chance to succeed. This game between Schalke and Regensburg could be crucial for both teams.

Schalke's home performances have not been the best but they are in a much better form than Regensburg, there is no doubt. The visitors lost four out of their last 5 games in the league and some of those were against some of the weakest teams. Schalke will be motivated for a much better result after they lost the previous head-to-head with 4:1. Moreover, they have a real chance to get into the promotion zone, which is the first three teams in the league.

Schalke and Regensburg are two teams that take loads of corners per match, both home and away. Their stats this season have been nothing short of impressive. Schalke have taken an average og 7.60 corners per match while Regensburg – 6.60 per match. In home games, Schalke have taken 6.60 corners while Regensburg – 6.40 on average in games on the road. An over 9 corners bet here should be an easy win given that both teams will create loads of chances, which means that there is a good chance for a lot of corners.

Top Betting Odds and Stats for Schalke vs Jahn Regensburg

FAQs regarding Schalke vs Jahn Regensburg 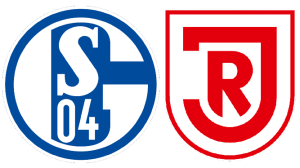 • In which places are Schalke and Regensburg?

Both sides are close to the promotion zone but Schalke definitely have a better chance at this point. The hosts are 1 point below the 3rd in 4th place with 34. Regensburg, who were once in the top three are now 8th with 31 points.

This game has been scheduled for 12:30 UTC on Saturday, February 5.