The relegation round action of the weekend features Seongnam taking on Gwangju at the Tancheon Sports Complex. This match will mark a battle between two clubs who are trying to avoid the relegation spots.

Seongnam suffered a major blow in the race to avoid relegation after suffering a 3-0 defeat at the hands of Seoul in the recent league match. This had been preceded by a sequence of three successive games without a defeat for the team. Gwangju provided a significant boost to their hopes of avoiding relegation after picking up a 2-1 win over table Pohang Steelers.

Seongnam would be a hard team to break down at home. The team has avoided defeat in the last eight matches at home. Even though Gwangju have provided a major boost to their survival hopes with the win over Pohang Steelers, which makes it back-to-back wins for the team, it is very likely that Gwangju will succumb to a defeat just like they did in the recent visit to the Tancheon Sports Complex.

The volume of goals in the games involving Gwangju have been substantially higher with four out of the last five away matches and all five of the recent K-League matches hitting over 2.5 goals. Even though Seongnam are quite solid at the back, this game would end up producing over 2.5 goals.

The lack of goals from Seongnam has been a problem when it comes to home matches. However, the team has little option but to go for a victory in the hope of staying away from relegation trouble. This should introduce offensive action in the game and the lack of a cohesive defence for Gwangju should help goals at both ends. Gwangju might be at the bottom of the table but they have scored in five consecutive away games.

Seongnam remain just outside the relegation play-off places and the likelihood of the team dropping into the bottom three by the end of the remaining two matches is increasingly going down even after the recent loss against Seoul.

Gwangju will need a miracle to avoid relegation with the team five points behind Seongnam coming into the last two games. Only a victory from the remaining two matches of the relegation round coupled with other results going in their favour would be required for Gwangju to get out of relegation trouble.

Top Betting Odds and Stats for Seongnam vs Gwangju

FAQs on Seongnam vs Gwangju game 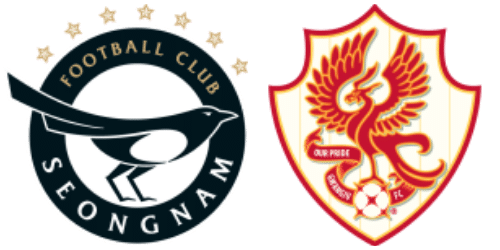 Tancheon Sports Complex is the location for this match.

The team regarded as a favourite to win the match would be Seongnam.