The last match of the sixth round in the K League 1 is between the weakest current team and one of the promising contenders this season – Seongnam vs Incheon.

Incheon were disappointing in the previous campaign but now seem improved and motivated to be among the best teams.

Seongnam and Incheon played four times last season and three games ended with less than 2.5 goals. We expect to see something similar in this fixture. Overall, Incheon have had 0 games with over 2.5 since the start of the season and almost no BTTS games. They have actually had a single game with over 1.5. Their attack is effective but their defense is extraordinary. We generally do not expect to see a goal from Seongnam in this game.

Incheon have been one of the three best teams since the start of the season and lost a single game in their first five. Seongnam, in turn, have been the absolute weakest team and are yet to win their first game of the season. We do not expect this to happen in this match against Incheon and we will go for the draw no bet option, which is also safer than the clean match result for Incheon. Seongnam concede a lot of goals but Incheon are not a high-scoring team – they feel safe with scoring one or two goals.

Seongnam managed to finish last season just one point above the relegation duo and unless they start improving, they will have to fight for their place in the league once again this season. They do not score a lot of goals and their defense is the worst in the league to date.

Incheon had a disappointing 2021 season and are motivated to be a top team this season. At least, this is what we understand based on their first five games this season. Their defense is on point but they should improve their offense a little bit. It might have been enough to score once per game until now but they will need to score more goals overall in order to keep pushing for the championship.

Top Betting Odds and Stats for Seongnam vs Incheon United

FAQs regarding Seongnam vs Incheon United 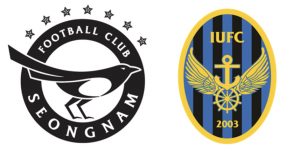 In which places are Seongnam and Incheon at the moment?

As the team with the worst record to date, Seongnam are at the bottom of the table with just 2 points after 5 rounds. Incheon, in third, have been one of the three best teams and are currently 3rd with 10 points.

This match will take place at Seongnam's home ground – the Tancheon Stadium.