Sepahan take on Al Taawon at the King Abdullah Sport City Stadium in Buraidah hoping to recover from a sharp slump in results over the last few games.

Sepahan will be out for revenge when they take on Al Taawon this weekend. The team has suffered a massive 3-0 loss in the recent meeting between the two clubs a few days ago. It was a very bad start to the game for Sepahan, who received a red card after 10 minutes. Al Taawon made the most of the same with goals from Nawaf Al Subhi, Zé Luís, and Yazeed Al Bakr.

The match follows two teams who have been on an indifferent run of form. Even though the latest game between the two clubs might have finished as a heavy defeat for Sepahan, it would have been a very different story if not for the 10th minute red card for Pourghaz. After registering two wins in the opening three group matches, Al Taawon are in a fantastic position that they would not like to lose.

There have been over 2.5 goals in two out of the three matches in the group stages for both teams. For this match, however, Al Taawon and Sepahan are likely to cancel out each other. This match could end up with less than 2.5 goals as a result.

Moharram Navidkia’s team did not score in the recent 3-0 defeat against Al Taawon, but the lack of a numerical advantage for the opposition could see Sepahan create chances going forward without any issue.

Sepahan have been dealt a major psychological blow with the recent heavy loss at the hands of Al Taawon even if the team that playing with the huge numerical disadvantage for most of the game. For the upcoming match, however, Moharram Navidkia is likely to keep the team very hard to beat.

Al Taawon have made an excellent start to the group stages with two wins in the three matches. For now, the priority will be to stabilise the position rather than build on the same. The appointment of John van den Brom is likely to have a positive impact on the results. Kaku is the player missing for the visitors due to a cruciate ligament injury.

Top Betting Odds and Stats for Sepahan vs Al Taawon 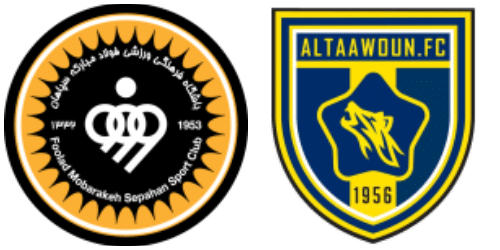 The match will be held at the King Abdullah Sport City Stadium in Buraidah.

Al Taawon are the favourite to win the match.