Shabab Al Ahli and Al Gharafa go up against each other at the Prince Abdullah al-Faisal Stadium in Jeddah in a battle which is very evenly matched on many fronts.

Shabab Al Ahli were able to display remarkable attitude in the recent draw with Al Gharafa, as they were able to snatch a point from the clutches of defeat. This will have a psychological advantage going into the upcoming match. One problem for Al Gharafa has been goals but the team are quite good at the back. This match, however, will be won by a narrow margin by the home team.

Shabab Al Ahli have conceded in all group matches so far this season. This comes as a major blow for the team’s hopes of going into the next round. However, all group matches might have produced less than 2.5 goals but the upcoming game will be a much more open affair compared to the recent game.

After back-to-back clean sheets, the injury time goal conceded by Al Gharafa comes as a major setback and one can expect the flood gates to open from this point. Both teams are likely to score considering the amount of offensive strength that they bring into the game.

Shabab Al Ahli do not have any injury problems coming into the game and manager Mahdi Ali might go with the same starting lineup that was able to take a point out of the opposition in the last few days.

Al Gharafa still remain top of the table with a slender advantage over Foolad, but this group is turning out to be a very tight affair. Al Gharafa cannot afford any lethargic nature going forward. Manager Andrea Stramaccioni does not have a lot of experience, but he has a fully fit squad available. 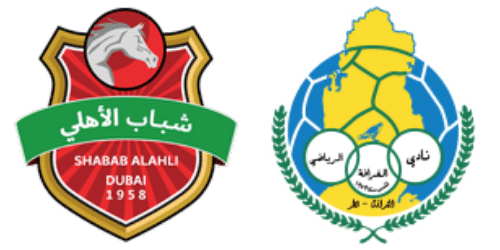 The match will take place at the Prince Abdullah al-Faisal Stadium in Jeddah.

Shabab Al Ahli are the favourite to win the match.