Al Hilal hasn’t made any errors in Group A of the AFC Champions League this season and it will be interesting to see how well the team will do against Sharjah in the fourth game of the tournament.

The Best Betting Tips For Sharjah vs Al Hilal on Saturday

Istiklol is the punching bag in Group A so Al Rayyan will probably not have too many issues getting the three points. This clash would be vital for Sharjah and the pressure could be the reason behind Al Hilal’s success.

The two teams have played three games in the past. One ended in a Sharjah victory, the other one was a goalless draw, and the third and most recent one was a narrow 2:1 Al Hilal victory. Ramon Diaz’s record against Sharjah is amazing. He has faced this opponent on three occasions and each time his team got the victory. Al Hilal is at the top of Group A with six goals scored, only one conceded, and nine points in the bag.

The first game between them in Group A of the AFC Champions League ended with three goals but that number could’ve easily been higher. Al Hilal was pressing the entire time and managed to make 19 shots against Sharjah’s four. Al Hilal also had 12 corner kicks and the team should feel upset with the narrow 2:1 win as it could’ve been a 3:1 or a 4:1 easily.

They Both Will Score

Al Hilal was the dominant team in the first leg but now this may be Sharjah’s last chance to qualify for the next round so the team must attack more frequently than in the first game. Sharjah won with a 2:1 result in the home game against Istiklol and the performance was pleasing as well. We expect the team to do well in the attack but also poorly in the defense.

Here is the most important information regarding the two team’s performances recently.

The team from the UAE is somewhat disappointing this season. Currently occupying the 4th position in the league, we believe that Sharjah’s fans would feel the team’s ambitions are higher than this. Hopefully, the pressure to succeed won’t be too much for Sharjah’s players to handle in the game against Al Hilal.

Al Hilal have been one of Saudi Arabia’s best teams in the last few years and the current performances can confirm this. The team is at the 2nd position in the domestic league with five consecutive victories – the best momentum in the entire league.

Here is everything you need to know on the subject:

Top Questions and Answers For Sharjah vs Al Hilal: 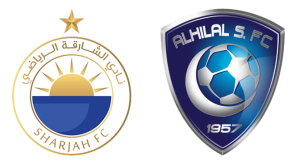