Shimizu S-Pulse will face Kashiwa Reysol in another fixture from the 26th round in the Japanese J1 League.

Kashiwa Reysol have been incredible and will face one of the weaker teams in this round. Here are our predictions for this game.

Kashiwa Reysol and Shimizu S-Pulse played only once this season and the game ended in a 3:1 win for Kashiwa Reysol. We expect something similar out of this match, especially given that Kashiwa have been in even better form than before. Most of the teams' games have more than 2.5 goals and they generally score multuple goals in most of their matches. Shimizu S-Pulse have also not been bad lately and we expect them to also score at least one goal here like last time.

Kashiwa Reysol are the much stronger team out of the two but for some reason, Shimizu S-Pulse are the favorite to win this game. This gives us an incredible option to bet on the draw no bet, which is safer than the clean win. Shimizu have been in good form overall for their standards but Kashiwa Reysol are the stronger team in general. They won three of their last five games and also destroyed Shimizu the previous time they played.

Kashiwa Reysol and Shimizu S-Pulse have similar stats when it comes to corners. The previous match between them from this season had 7 corners at full time – we expect something similar out of this second game. Kashiwa Reysol have had 8.3 corners per game in their matches this season while Shimizu S-Pulse have had 8.4 corners per game. Overall, their averages are far lower than the average for the entire league.

Shimizu S-Pulse were one of the weakest teams in the entire league last season and this has not changed in the new campaign. The team had one of the weakest deferses in the previous season and the case is the same in this campaign too – they have already conceded 38 goals in 25 games, which is the 2nd worst stat in the league. Overall, they cannot fight for anything but with their current form, we do not expect them to be in danger of relegation any time soon.

Curiously, Kashiwa Reysol were even weaker than Shimizu S-Pulse last season and finished right above the relegation zone. This season, however, they have been one of the three best teams in the league and a contender even for the championship. The team has an incredible attack and a solid defense. They were on a series of 4 consecutive wins until the recent surprising defeat from Sanfrecce Hiroshima. 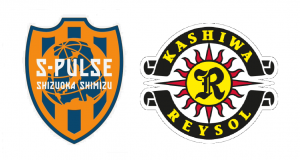 This fixture has been scheduled for 10:00 UTC.