Shimizu S-Pulse takes on FC Tokyo in the next engagement of the J1 League on Wednesday, 25 May. Both teams are out of the winning track from the previous at least three games.

Though most of the recent H2Hs have gone with over a total of 2.5 goals, the terrible form of both attacks let us predict the change of trend. S-Pa have earned an average of only one goal per game in the last five home attempts while FC Tokyo didn’t score more than once in any of the last five away outings. Gas has found the back of the net only twice in the recent five overall outings.

Tokyo failed to score in the last two home games consecutively but succeeded to score at least once in four of the last five away outings. The visitors will also be confident to have chances as they got on the scoreboard in four of the previous five H2Hs against Shimizu S-Pulse. S-pa have also scored in three of the last four home games and the same is true for the recent H2Hs. Hence, we predict to witness the goals from both ends at the end.

S-Pa conceded the successive second home defeat of the J1 League in the last game against Nagoya Grampus. Shimizu S-Pulse has secured only two wins in the 14 league attempts and sees themselves in sixteenth place. Teruki Hara and two other players will be absent from the game due to fitness issues.

Gas terminated the losing streak and managed only a draw of 0-0 in the previous game against Kashiwa Reysol. Having a combination of five wins and four draws, Tokyo currently stands in the ninth position on the table. Akihiro Hiyashi and Henrique Trevisan can’t be considered for this game due to medical concerns.

Top Betting Odds and Stats for Shimizu S-Pulse vs Tokyo

FAQs regarding Shimizu S-Pulse vs Tokyo Coverage and Accessibility 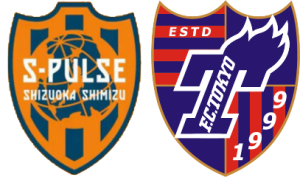 Where is the game being played? IAI Stadium Nihondaira (Shizuoka).