Off the back of a horrific losing streak, Shonan Bellmare makes their next effort at their home against Jubilo Iwata. Jubilo are also winless from the last two games.

Shonan Bellmare are yet to win a game in the last six games and enter the field after consecutive four defeats. Jubilo Iwata are also not too far from the hosts that are winless in the previous four league outings, winning only in the J League Cup in six attempts. However, Shonan Bellmare made two wins in a row against the upcoming rivals in the recent H2Hs. So we predict the home advantage for the hosts to find their first win of the season in this game.

Four of the last five H2Hs of these teams failed to witness a total of over 2.5 goals and both teams contributed to only nine goals in that course. Adding more, Shonan Bellmare and Jubilo Iwata netted the ball four and three times respectively in the last five attempts. Given this, there seem obvious chances to see a total of under 2.5 goals at the end of ninety minutes.

Despite not getting a high total of goals, Shonan Bellmare found the back of the net in four of the previous five outings. However, Jubilo Iwata missed the target in three of their recent six attempts. Adding more, the visitors also failed to score in three of the last four away H2Hs against the coming rivals. Hence, we predict only the home side being able to get on the score sheet.

Shonan Bellmare played a dramatic game lastly where they lost the lead of 0-1 by an own goal and a penalty in the additional time. The team has proved the worst side of the season after the seven rounds, having only two points at the last position. Taiga Hata is out of the squad due to a medial collateral ligament injury.

Similar to their next rivals, Jubilo also lost the lead in their last game by leaking the goal in the added time of the match against Kawasaki Frontale which ended in a draw. After playing seven games of the season, Jubilo Iwata has managed only six points with one win and three draws, getting the fourteenth position on the table. Ryo Takano will miss out on the game due to a meniscal injury.

FAQs regarding Shonan Bellmare vs Jubilo Iwata Coverage and Accessibility 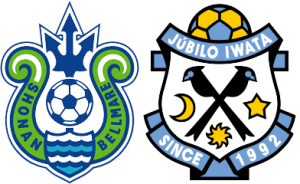 Where is the game being played? Lemon Gas Stadium (Hiratsuka).

Who won the last Head to Head fixture? Shonan Bellmare won with a 0-1 scoreline.