The 17th round of Belgium's Jupiler Pro League begins with a curious fixture between Sint-Truiden and Union Saint-Gilloise, the absolute surprise of the season, and the likely future champions.

Sint-Truiden have never been among the significant contenders for the title and often do not even reach the championship group, which appoints the teams that participate in the European tournaments. This season has been above average for them and the team still stands a chance. Their opponents on Friday, however, are the current strongest team in the league.

No team has scored even near the number of goals scored by Royal Union this season. The team has been outstanding both on the offense and defense and is one of two teams with the highest number of over 2.5 games. They have had more than 3 goals in 12/16 matches this season and their seasonal average goals per game is 3.6. Sint-Truiden, on the other half, have had 2.5 goals on average in their games and most of the goals this season occurred in their home games, where they have had over 2.5 in 6/8 cases. We expect to see nothing less than that on Friday against the strongest team.

Obviously, Union Saint-Gilloise are the better team here and the obvious favorite – fortunately, the odds for them to win remain high enough for a good stake and we pick them here. Sint-Truiden have been an average team but most of their positive results came away from home. On their home stage, they have been quite disappointing, which even furthers our belief that Royale Union will destroy them. Union Saint-Gilloise are another team that plays better away from home – in fact, they are the best away team in the league, winning 6/8 games.

The safe option here is to bet on over 1.5 goals for Saint-Gilloise, which is a milestone they covered in almost all of their away games this season. We, however, propose an even higher odd, which is for the away team to score 3 goals total. Union Saint-Gilloise have scored 23 goals in 8 away games this year and at least three in 5 out of 8. 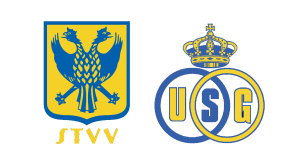 • Which players will miss the match for Sint-Truiden?

Friday's visitors have listed one player as missing for this match – midfielder Senne Lynen.

This game has been scheduled for 19:45 UTC on Friday, December 3.

This match will be played on Sint-Truiden's home ground – their stadium is called Stayen and has a capacity for 14,600 spectators.