SJK aim to extend the home-winning sequence when they return to Veikkausliiga in the next engagement against Ilves. Ipa also follows a three-match undefeated streak of away games before this game.

SJK are unbeaten in the last four home games of various competitions and won the previous two consecutively. On the other hand, Ilves are making alternative defeats, losing two in the last three attempts. Ipa had also a long string of 11 winless away outings in different competitions before the last visit. In the H2Hs, the Club also dominated Ilves at home recently with successive three wins in the recent meetings. So we set SJK as our favourites to add three points to their name at the end of this game.

Three of the last four H2H meetings at the home of SJK witnessed high-scoring totals and we will be looking for the same. The Club enter the field to play their third home game after scoring seven goals in the last two attempts, keeping zero clean sheets. Ilves also added six goals in their collection in the last five outings.

SJK are expected to have many opportunities to score as they have been on the score sheet in all of the last seven home games. But the defensive line didn’t offer a tough competition that secured only one clean sheet in that course. Ilves have also missed the target only once in the previous ten away outings. Hence, we can expect the teams to feature a BTTS outcome this time again, the same as the last two meetings.

Top Betting Odds and Stats for SJK vs Ilves

FAQs regarding SJK vs Ilves Coverage and Accessibility 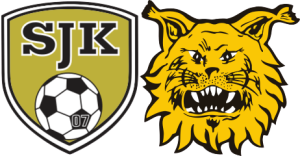 Where is the game being played? OmaSp Stadion (Seinajoki).

Where is the game being televised? Nelonen, Ruutu.