After having just achieved safety in the league, Slask Wroclaw go up against Gornik Zabrze at the Tarczyński Arena for the final match of the season.

Slask Wroclaw were held a 1-1 draw at the hands of relegated Stal Mielec thanks to some late drama, as the game witnessed an injury-time equaliser and a red card. Gornik Zabrze were able to make sure of a top-half finish with a 4-2 win over Gornik Leczna. An incredible comeback in the last 30 minutes helped seal this victory with goals from Dadok, Podolski, Kubica, and Higinio Marin.

Gornik Zabrze have had the upper hand over Slask Wroclaw by a huge margin in recent years. In fact, today’s hosts have been able to get just one victory against the visitors in the last six meetings. The record does not improve for Slask Wroclaw even on home soil. Even though Gornik Zabrze’s away record is clearly not the best around, they have enough potential to get three points.

Even though there have been many tight games between these two clubs, Gornik Zabrze and Slask Wroclaw carry good scoring form coming into this fixture. This is especially the case with Gornik Zabrze, who have scored more than two goals per game on an average in the last six matches. At the same time, Gornik Zabrze also concede a lot of goals. This will be a sizable factor in making this game filled with a lot of goals.

Slask Wroclaw have been winless in the last seven league encounters, but they have been unable to score in just two of these matches. They go up against a defence that has shipped a whopping 16 goals in the last six games.

Slask Wroclaw might be struggling for victories but the team will be relieved of pressure after achieving safety last weekend. Irrespective of the races in the final game, Slask Wroclaw will stay up in the division thanks to a four-point advantage over Wisla Krakow.

Gornik Zabrze have had an excellent run in the league and the team will be finishing in the top half of the table irrespective of results in the final game of the season. The recent league victories since the middle of April have been a huge factor behind the same. Jan Urban comes into the game without Alex Sobczyk due to injuries. 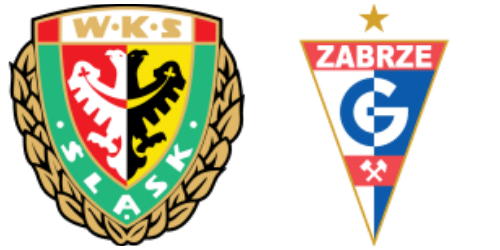 The match will take place at the Tarczyński Arena in Wroclaw.

Gornik Zabrze are the favourites to get three points from the game.