Following an unbeaten streak, Slask Wroclaw goes up against Rakow Czestochowa at home in the next game of Ekstraklasa on Sunday, 28 August. Medallions have played consecutive winless games in Ekstraklasa ahead of this duel.

Slask Wroclaw has been through a run of undefeated games and lost only one attempt since the start of July. Military are also yet to lose in the previous four home outings and won two of them. Rakow has also won three of the last five games in various competitions but they have been unable to register a victory in the last two league outings. Medallions lost the recent two away Ekstraklasa attempts in a row. Moreover, Slask has also won three of the five H2Hs. Hence, the Military will be our favourite to take the lead in this game.

Two of the last four H2Hs at the home of Slask Wroclaw featured high-scoring totals and the same will be our next pick for this game. The Military has found the back of the net nine times in the last five home games. Rakow Czestochowa has also hit the target seven times in the recent five away outings, scoring at least twice in three of them.

Slask Wroclaw will be confident to find the target in this home attempt as they have rattled the net in five of the last six hosting games. Rakow has also leaked goals in the recent league outings consecutively. But Medallions have also had a brilliant streak of scoring recently, missing the target only once since the mid of July. The last two H2Hs witnessed both teams on the scoring sides and we see the same trend to be followed in this meeting.

The Military ended their successive home game in a draw in the last game against Cracovia with a score of 1-1. With the help of two wins and three draws, Slask has managed to get to the seventh position in the standings after six outings. There are no fitness or suspension issues in the team ahead of this game.

The early two goals couldn’t help Rakow as they leaked two goals in the second half to conclude the last league attempt in a draw against Jegiellonia. Medallions stand in the ninth position with seven points, having two games in hand. Tomas Petrasek will miss out on this game due to an injury.

FAQs regarding Slask Wroclaw vs Rakow Czestochowa Coverage and Accessibility 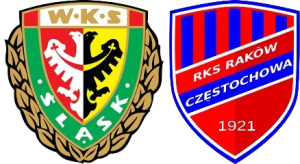