Slavia Prague already have one foot in the Conference League third-round qualifiers after the big first leg win over St Joseph’s. Now, Slavia Prague look to finish the job at the Fortuna Arena.

Slavia Prague were able to enjoy a mammoth 4-0 win over St Joseph’s in the first leg. A brace from Yira Sor was one of the highlights, as Slavia Prague capitalised on Cristian Pecci’s first-half red card.

Slavia Prague know that St Joseph’s have to come out in full swing if they are to have any chance of qualification to the next round. This will present them with plenty of opportunities to end up scoring themselves. St Joseph’s recent form does not give a great deal of confidence to expect a victory for the visitors.

There have been more than 2.5 goals in back-to-back games involving Slavia Prague. St Joseph’s have had a full week to prepare for this encounter, but that is unlikely to change any of their requirements coming into the game. They still have to attack in full force if they have any glimmer of hope about qualification. This will present sizeable opportunities at the other end.

Jakub Hromada is unavailable because of a suspension. David Hovorka has undergone a cruciate ligament surgery while Jan Boril is out with a knee injury. After reaching the quarter-finals of the Conference League last season in which the team were knocked out by Feyenoord, Slavia Prague will be looking to go even better this season.

St Joseph’s do not have any injury problems coming into the game. The team has already made an improvement last campaign when they were knocked out of the Conference League in the first round. Now, the team has been able to make it to the second round but it is unlikely that they will recover from the big defeat in the first leg. 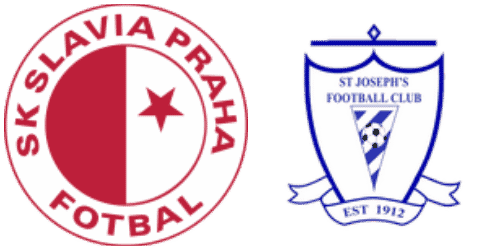 Fortuna Arena is the location for this second-leg Conference League qualifier meeting.

Slavia Prague are the overwhelming favourites to win the game and also to qualify for the next round.