This preview would be looking at the International friendly between South Africa and Uganda at the Orlando Stadium in Johannesburg. This will be the final friendly match for the two teams before heading to the World Cup qualifiers in September.

South Africa’s last match in March saw them lose 2-0 to Sudan in the Africa Cup of Nations qualifier. The result saw South Africa fail to make it to the finals. Uganda fell to a 1-0 loss against Malawi and failed to reach the finals. The best tips for the game are:

This game is likely to see a lot of experimentation from South Africa and Uganda. Both teams have just one friendly match before heading into the World Cup qualifiers. After failing to reach the Africa Cup of Nations, there is extra pressure on the World Cup qualifiers. Even though South Africa have a 100% record against Uganda, the visitors could grab a draw by profiting from the poor form of the hosts.

Uganda have been unable to score in three out of the last five matches. They are especially mediocre when travelling and this should help South Africa to a certain extent. Hugo Broos might be taking a cautious approach, as he may not want his team to suffer a big defeat in his first game.

The South African players might be invigorated to perform well in front of the new coach. This might result in some special performances – at least in the first half. If Uganda are able to survive this first wave, they might come up with a goal or two by taking advantage of a leaky defence.

South Africa vs Uganda: Preview of the Friendly

South Africa appointed Hugo Broos as the national team coach after a disappointing Africa Cup of Nations qualification campaign. The 69-year-old has previously been in charge of Cameroon and he is reasonably aware about the challenges of managing an African team. The manager is likely to make a couple of changes ahead of his first game. This friendly is extremely important in this scenario, as it gives Hugo Broos an opportunity to look at new players.

Uganda have been winless in any match since beating South Sudan by a narrow margin back in November 2020. The team are low on confidence, but they came very close to reaching the Africa Cup of Nations. The upcoming friendly gives a great opportunity for Uganda to pick up some momentum ahead of their first World Cup qualifier against Kenya. 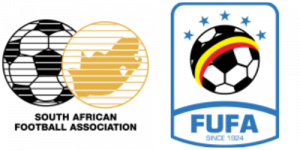 The location for this game would be the Orlando Stadium in Johannesburg.

South Africa are rated as the favourites to win this match.